Here it is, all filled up with stuff.  Looks like a good place to make tens of millions of dollars worth of product if you ask me.

These hands typing this surprised me today.  Maybe it was just being short on sleep, but I was holding up my hand today and darn it if it didn't look like I had WRINKLES on my hands.  Wrinkles!  OMGWTFBBQ!  The apocalypse is nigh.

Harrumph. Didn't mean to avoid you all. I was too tired to write lately because of being busy and stuff. 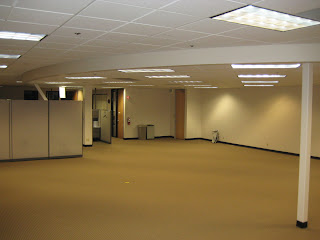 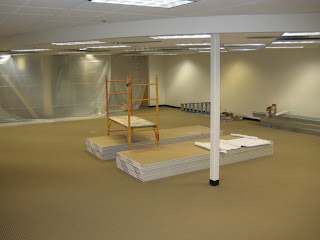 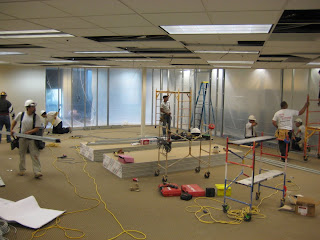 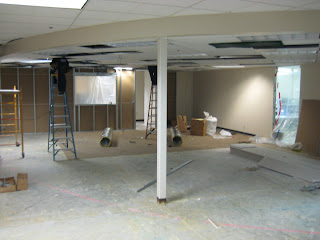 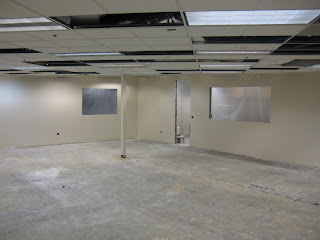 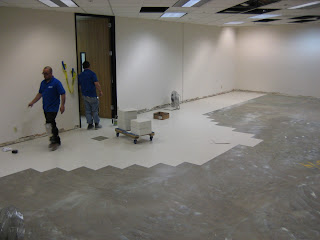 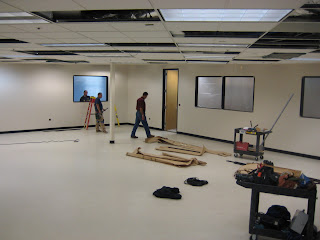 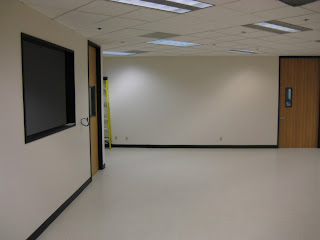 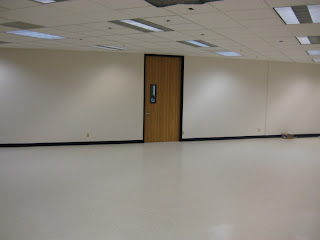 So, there it is, without anything in it.  At this point in the pictures it is just 1590 square feet of room.  I'll take a few more shots next week to show you all what it is like now that it's done.
at 10:50 AM 1 comment:

Last weekend I was lucky to attend a hiking and camping retreat that has been going on annually for 22 years.  It is just for the menfolk and by invitation only.  I gathered up the requisite stuff - borrowed pack, new hiking boots (haven't had any for more than 15 years or so), and all the other junk I needed.

I'm glad I got the boots.  The trail in was pretty rustic in spots and I would certainly have injured myself in sneakers.  The pack I borrowed from a friend who is a bit smaller than me, more like a big medium than an extra large.  As a result my shoulders ended up pretty sore from the upper straps that didn't fit.  I think I'll need to borrow a pack from someone BOB SIZED next time.

The hike in was beautiful.  The camp is at Point Reyes, so tons of great ocean views followed by lots of up and down patches over a five and a half mile trail. There were several lakes we passed, hawks and snakes, and lots of hills.  FYI - beer is heavy, as is charcoal.

Now they call this a male bonding trip and as a result there was an initiation ritual that I am not at liberty to divulge.  Suffice to say that it involves eggs, riddles, and ritual chants.  Every year, the trip is declared the "Best Bonding Ever" by everyone regardless of the circumstances.  Lastly, the event is organized by one of the members from the previous year, known for the season as "the man with two dicks".  I will not tell you why because you would then wish that I hadn't.  Structure can be so comforting.

Here is a BIG picture of the camp.  Click on the little one here to see it magically expand.

That fellow down right is my sponsor, and he's my best friend since he carried the tent both ways on the trail. Remind me to tell you about his flashlight some time.
at 10:56 PM 4 comments: