I'll write you every day...

I think I'm better than I really am at a lot of stuff. Not delusional mind you, but certainly distorted.
It goes on. I suppose I just have a "simplified" view of myself that I use every day for mundane stuff, when in reality I'm actually a lot more complicated.
at 11:48 PM 1 comment:

Grace posted this meme and since I am bored and not feeling very creative I'm posting it too...

1. Who was your best friend? Bill. I spent, like every evening with Bill and he was a great buddy. Eric was a close second.

2. What sports did you play? None, just like now.

3. What kind of car did you drive? A blue 1969 Toyota Corona station wagon like this (except it was a wagon).

4. It’s Friday night, where were you? At Bill's house, unless it was football season then I was running sound at the game.

6. Were you considered a flirt? Since second grade.

7. Were you in band, orchestra, or choir? Choir, both the main choir and the men's ensemble.

9. Did you get suspended/expelled? I was sent out of AP English class, only once, for asking the teacher to move aside so I could copy something from the board. I did so silently by motioning with my hand, and the teacher took offense at my gesture. I subsequently missed the answer to the question on the quiz that would have been answered by the note I wished to take. The word to be defined was "mendicant", a beggar.

10. Can you sing the fight song? I think there was a song but I have no idea what it was.

11. Who was your favorite teacher? Mr. Ray Doherty (theatre) and Mr. Ray Dieteker (electronics). They both smoked (cigarettes and a pipe, respectively) and had catchphrases ("Get your own show!" and "Just bend the wires!", respectively) and were named Ray.

14. If you could go back and do it over, would you? If I could start over in High School knowing what I do now, I would, because I would totally rock at it.

15. What do you remember most about graduation? Sitting next to Nancy.

16. Where were you on senior skip day? I graduated (with all required credits and courses) as a Junior.

17. Did you have a job your senior year? I worked for the school (yes, they paid students) in the AV department setting up and running video for classes. I was a model employee.

18. Where did you go most often for lunch? The deli across the street. I typically had a deli sandwich on a French roll, a quart of whole milk, and a Three Musketeers bar. I ate like this all the time and at 16 I was 6' 2" and 160 pounds.

19. Have you gained weight since then? About 50 pounds.

20. What did you do after graduation? Moved out and got a job building electronics. (Thanks Ray.)

23. Who was your home room teacher? I didn’t have homeroom.

24. Who will repost this after you? I hope someone will since it would be lame if I was alone on this one. 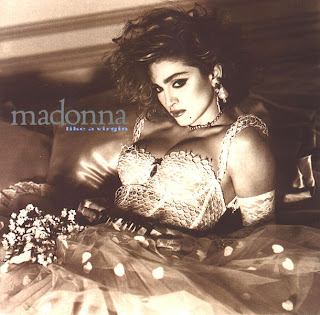 After about a whole bunch of hours, my computer is all refresh-ified. It has new-car smell. In one heartless effort last night I reduced the hard drive to a bunch of reformatted sectors and re-installed from scratch.

I realized today that the operating system installation was the original install from Dell in 2001, upgraded to WinXP. (It was the beginning of the Bush Reign back then, before he had proclaimed himself omnipotent ruler of all Neoconistan! I ordered it on September 5th. The invoice was dated the 11th.) So now it's like new. I got all my data moved over again and hey, no more cruft!

This time I plan to avoid some annoying programs like Acrobat and use cute pdf instead. Maybe I can avoid the bloated HP printer/scanner software too.
at 7:44 PM 4 comments:

I've been dealing with the aftermath of a close call computer wise. We picked up a virus in the process of clicking on an E-Card. My advice - never EVER click to see the card.

We didn't lose any data but it has wasted a lot of time.

Back up your stuff. Run a virus scanner, even though it is an annoying resource hog. Have all of your re-installation disks organized and handy.
at 7:26 PM 2 comments: