So I made some changes in the template here... I hope it bowls everyone over and generates a ton of buzz.
at 7:59 PM 3 comments: 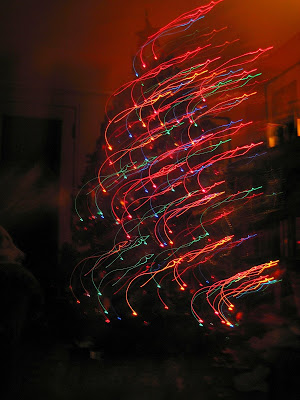 Twas a busy day today getting everything perfect for tomorrow. Haircut, pick up repaired car, see doctor, prescription pickup, clean up a bit, shopping, watching A Christmas Carol, watching A Christmas Story. My family is all here around me, and tomorrow we'll all have a (rare) meal together as a family.

Sharon is making it all come true, just like she always does. If Christmas was left up to me, it would be a flop indeed. With Sharon, it's always magical. Thank you sweetie. 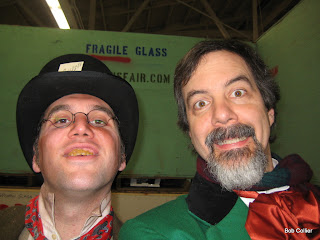 Sorry about the drought there. Just finished up Dickens Fair and it soaked up every last morsel of time I had - with the exception of all that loafing and stuff.

So here are the pictures of the event that I know you are itching to see.

And before any of you forget, I had a birthday in there too. It was a great party (for those of you wo missed it), instead of the usual dinner with family thing I decided that we should have Bad Movie Night. So we watched Jesus Christ Vampire Hunter. Holy son of God it was SO BAD. In the first five minutes, Jesus Kung Fu fights with lesbian vampires on the shore of the lake, then there is the first MUSICAL number. Later, God speaks to Jesus through a bowl of ice cream, and reminds him to call his mother, "She misses you." It is a new high water mark of badness.

Dickens was OUTSTANDING. There were so many delightful moments, but it all comes down to spending time with people you love doing the thing that delights them, all while entertaining the public who came in record numbers to experience our play time.

Work is still OK - with the exception of the company getting smaller to match our sales volume. Those of us who are still there have some more work to do. For those who were let go, it is never a good time to be laid off but right now must be exceptionally difficult. For me personally one of the departures made some things easier, but another made some things more difficult. I suppose there will be a balance of sorts.

So it's on to Christmas in a day or two. I have some presents to wrap, another to make and wrap, and a few things to still looka around for. I'd like to put up a few lights, if the rain holds off. Better get to it.
at 10:10 PM 3 comments:

Not so full now

It took a few days to get over the overeating. :-) Fortunately we can has Dickens Fair to distract us from our distended stomachs. Here is what the dessert table looked like before the demolition. 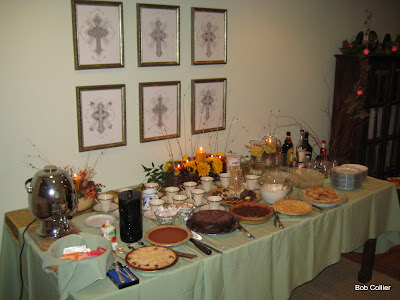 Now I know what you are thinking, "Who is the artist behind those pen and ink drawings?" My mom, that's who. Here is a closeup of one of them. 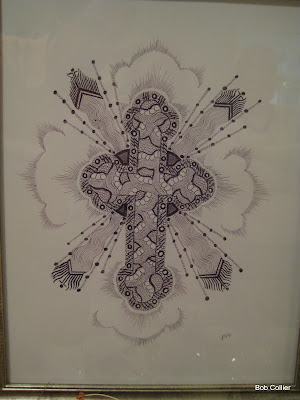 So these are done ALL will a black ball point pen. Check out the detail. 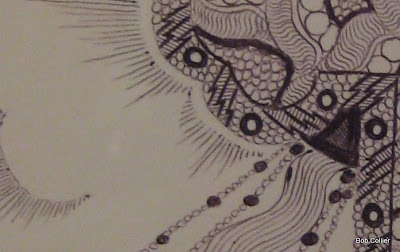 And this is AFTER her major stroke. She is doing these in color now.
at 8:51 PM 3 comments: