What a day. Lots of paperwork to fill out for HR, lunch with my new boss (wherein I found out that she and I see eye-to-eye on quite a few important points), and trying to learn lots of names.

Positive: They had an office, computer, and phone all set up for me even though I accepted the offer yesterday, and there is plenty of (good) free food and drinks.

Negative: The place is split between two floors, cramped for space, and it is hard to get hold of people due to lots of meetings... I'm not sure if the level of meetings is normal but for a place with only sixty people there were at least three meetings today. I have two meetings tomorrow before noon. Hmmm.

They, or should I say we, also have oodles of juicy problems to solve. Sweet!
at 6:59 PM 3 comments:

I am about to go down to back from FortéBio and sign the with the signed offer. I start tomorrow morning at 9 AM. 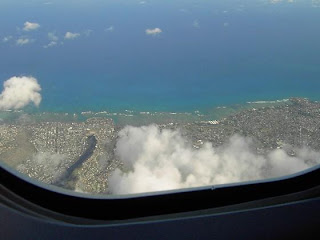 It would appear that, barring a Big Fat Surprise, I will be offered a job on Monday or Tuesday. Needless to say, I'm pretty receptive to that idea. (I suppose that even though you say, "needless to say" you always say it anyway so "needless to say" is almost certainly redundant but I clearly never let that get in the way of using too many words.) In all likelihood the offer will be for a management position with a lot of room for growth. The benefits sound good, the product and the market sound good, an I'll likely be offered some stock.

So the company is FortéBio and they are in Menlo Park, 6.5 miles from here! I had four and a half hours of interviews over two days, interviewed with the founder and the CEO, and I had a very encouraging talk with the hiring manager today who said, "I don't think there will be any surprises." in reference to the likelihood of an offer. She did say that some people thought I might be "too nice" to insist on things being done the right way if I knew better than they did. I told her I didn't have a problem telling people what to do. I suppose that I behaved too well in the interviews. Sheesh.

Note to self: Feel free to be assertive around this new crew.

Can someone please tell me what the hell the "cross-check" is.
at 6:58 PM 9 comments:

Was there ever a better song than Stairway To Heaven? I mean really.

It makes me wonder.

There's a feeling I get when I look to the West,
Rings of smoke through the trees...

And the forests will echo with laughter...

There's still time to change the road you're on.

And as we wind on down the road
Our shadows taller than our souls...

And if you listen very hard...

And she's buying a stairway to Heaven.

That piece of trim in the bathroom (I would post a picture but do you really want to see a three foot piece of base molding painted white? I didn't think so.) is done. So it looks like I shaved about 3 months and three and a half weeks off my usual time. I also replaced the rusted heater vent cover with a new one, only $5.49. (No radiators here, Grace. Forced air, bay bee!)

So on Friday I had a complete surprise in the job hunt. I got word of a position at a company in Menlo Park (about 7 miles commute!) so I called up the HR person and said, "I'm interested in the Instrument Engineer position." She said, "Hold on, I'll put you through to the hiring manager." There was no Spanish Inquisition conducted in a Dutch dialect with a vague promise of perhaps getting back to me with a response some time in the variable future IF they thought about it in their busy schedule. Nope. I'll put you right through.

It seems as if it might be a great job. I'll find out more when I talk to them again during the week.

I also got my act together and made a planned set of steps to take with each prospective position. Then I set some challenging goals to complete at least ten of the steps each day from a pool of ten prospects. When I get a "no", I'll create another prospect. (I am such a tool.) This way I do at least one thing on each of my ten prospects each day, or more on one prospect. I also made a sticky note reminder that I stuck to the top of the monitor to remind me to follow up with prospective employers:

What happened to my week?

WTF?! How did it get to be Thursday again and I haven't posted a damn thing. Sorry about that. I'm sure, in time and with professional guidance, you'll recover. Here is the news:
So for next week:

Another week has passed since my last content-less post and other than that I hardly have anything to say. You'd think I didn't even get out of bed in the morning.

We did have a HUGE fantastic party with lots of fun and friends. Here is how it looked: 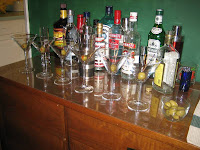 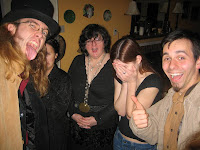 Apparently the guys though it was WAY funnier than the girls did. 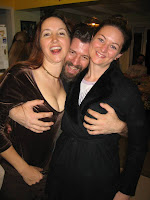 That's Kurt, not me. I was caught doing the same thing in another picture that I'm not posting. I'm also not posting the one that depicts one of my family members involved in the same sort of "Friendship Celebration". 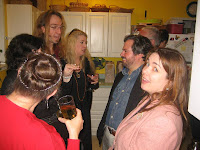 Kate is saying, "We were about to leave fifteen minutes ago but Nathan had to stop and talk." 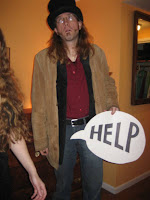 Ask your doctor if Viagra is right for you.


I did actually get started on fixing the cracking wallboard joints in the kid's bathroom, and I did move the electrical box for the light. We'll be painting in a few days. Here is a gory picture: 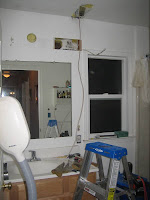 It started off easy. I was just going to put up the new light. Then the electrical box was a foot from where it needed to be and the wires were too short to reach to the new box, so I thought that I might just put in a junction box at the old location and put a cover plate on it. But that was going to be fucking ugly, so I had to replace the wires that were too short. But that meant that I needed to cut six holes in the wall and one in the ceiling, and take out the heater duct, all so I could replace the wires. Of course I had to patch all these holes and while I was at it I had to fix the corner joints which were opening up for some reason...
Big Job.

But, just like the last five months, I'm unemployed. And that is a Big Drag. The biggest drag is not the rejection, it is the SILENCE from the employers. I don't mind if you say no. That's way better than you saying NOTHING. Just reply damn it.
at 11:37 AM 1 comment: 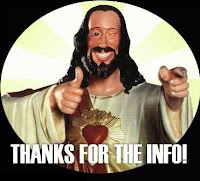 So I get to work on my other prospects, even more, which is an enriching and satisfying experience. Really. It's better than finding $20 in your coat pocket.

The silver lining is that I won't have to drive to Alviso to go to work. Maybe I can get a gig in Redwood City...
at 11:53 AM No comments: