I mentioned a few posts ago that I had good news at work but I couldn't share it yet. Now I can. March 1, I was promoted from Manager, to Associate Director of Instrument Manufacturing. Since then I have received many congratulations from my co-workers along the lines of "well-deserved" and so forth. Needless to say, I agree.

At first I was simply grateful to be given the recognition and acknowledgment. Over a couple of weeks I have noticed subtle changes in deference and trust on the part of some folks. The fact of my promotion at least as much as my actual title seems to be giving people the license to place their trust in me more. It is very gratifying to hold a position of trust.

These thoughts didn't really gel until I had lunch with a friend who is in a career search.
(When I was working with Right Management after getting laid off from GMI, that was the euphemism I learned for being unemployed. It actually re-frames the situation quite well since it describes the activity instead of the state, and the pursuit of that activity is the important part of the state of being.) He related his own respect of my skills and efforts, as well as those of former coworkers.

We also talked about the need for one to take an active role in the management of their own career instead of just leaving things to chance. For a long time I left things to chance and expected others to advance my career for me. I later learned that I could and should have exerted more control. If I can give advice it would be to do that yourself - Own the management of your career. Don't let others control it because they have their own interests, or (legitimately) the company's interests, in mind.

And besides all that... 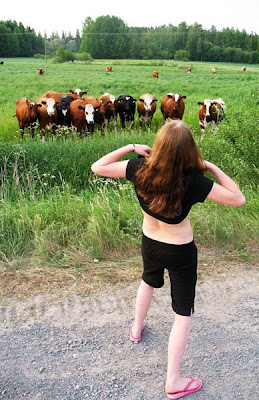 I have heard a ton about the new fad of sexting, apparently done by thousands of naked youth. Yeah, I get it. Sending naked pictures of yourself to your romantic partners has been done for a long time and ain't gonna stop. And kids are not gonna stop having phones, or homones that drive them to get naked or want to see naked people. And phones are not gonna stop having cameras, or being able to send pictures to one or more recipients, and since the pictures can be copied effortlessly they will be - especially since they are of naked people and naked people are, so I have heard, all the rage (at least for the last few centuries anyway).

What I don't understand is the attempts to prosecute post-pubescent children for child pornography crimes in these cases. Something isn't right there. I think it is a case of the state thinking that it is the parent. It should be the parents who are saying

"Amanda, sending naked pictures of yourself to your friends might seem like harmless fun, but those pictures can - and will - get sent to a lot of people you don't know and who you really don't want to have them. Furthermore, they will use those picures repeatedly for their own sexual gratification, and you are old enough to know what that means and I'm sure it grosses you out. Lastly, Amanda dear, those naked pictures of you will remain in play for a long time, well after the time when you still think it is appropriate. The presence of them will embarrass you, and you will feel needless regret. If you REALLY want your friends to see you naked, you should gather them together in your bedroom and take off your clothes for them. Let their memory be the only thing that leaves the room."

Arresting children for foolish behavior is like arresting dogs for barking. You wish they wouldn't but they inevitably will.
at 12:27 PM

Regarding the first half of the post, congratulations! It sounds as if it is well deserved, and a good fit. I've seen some people promoted who probably shouldn't have been and the reaction from the "underlings" is not the positive one that you describe. Go forth and lead well!

Regarding the second half of your post. I completely agree that A) this is a parental communication issue and B) It is silly to prosecute youthful indiscretions as a major, live-changing crime.

Funny segue from a discussion on a well-deserved promotion to sexting. The cows look most amused and I'm sure they keep the memory for a long time.

I think the cows are probably saying things like, "The poor dear! Look how small her teats are!"